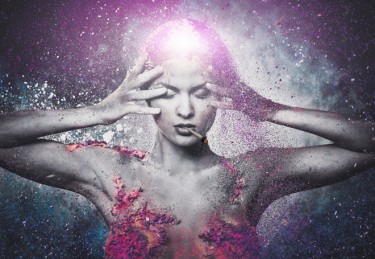 The other day while surfing the internet I stumbled across the quote, “Marijuana doesn’t kill you straight away, but it kills the human spirit over time…”

This quote was posted on the subreddit /Leaves which is a thread that deals with people trying to quit their cannabis use. I was about to post on the thread to provide insight to how asinine this quote truly is but then remembered that it would not do any good since these subreddits are typically echo chambers.

Posting on this thread would have simply sucked me into a rabbit hole of discussions that would waste my precious time and attention.

Furthermore, I believe in the ethos of “Deep-Art Your Opinion” which essentially states that if you have a  have an opinion on any given matter, to write it on social media is like pissing in oncoming wind – all you achieve is to get yourself covered in piss! Instead, if you have an opinion about any given subject – convert it into a piece of art as a means of critiquing the idea.

Therefore, instead of trying to explain to a bunch of people who are trying to get rid of their habit of smoking weed, I decided to write a blog about it. It allows me to lay out my reasoning in a manner that represents my views on the subject.

In this case, we need to ask ourselves – “Does marijuana kill the human spirit?”

Cannabis is a plant – it has no will!

We must understand that this quote was conjured by someone who was struggling with addiction and cannabis simply happened to be the object of their obsession. Within the mind of the addict, it is always “the substances” and not the person who is to blame.

It’s not that they lack the will power, it’s that “cannabis” has a hold on them and they are simply powerless to do anything about it.

This is the lie perpetuated by addicts to justify their behavior and dodge the responsibility of actually consuming whatever drug or activity they are addicted to.

The truth of the matter is that addiction is a compulsive behavior that strengthens itself every time you give into the compulsion. This reinforces the neural networks in the brain that create a “habit”. At one point, the automation within is so prominent that you “think” that the substance has a mind of its own – but that is only the personal attachment you assign to it.

You’re the one who assign personality and identity to the substance – the substances do not possess sentience.  Simply put, cannabis can’t “kill” anyone because cannabis has no will of its own. It would be the same as saying, “That stone on the ground murdered that person!”

It’s great fantasy, but the reality of the situation is that inanimate objects can’t “do” anything – ever! It is always YOU!

Are you blaming the addict?

It’s not necessarily “blame” but it is pointing out that the addict bears the responsibility of their actions. To outsource the responsibility is classic addict behavior and only when the person accepts their part in all of it – will they find the “out” that they are looking for.

This is because nicotine is about as addictive as cocaine on a physical level as was discovered by Professor David Nutt. Interestingly, tobacco is more addictive than Crystal Meth is.

The reason I’m bringing this up is because nicotine was my drug of choice when it came to addiction. I was smoking a pack a day for 15 years straight – and one day, I simply gave it up.

How you may ask? I managed to reframe the narrative surrounding my addiction to tobacco – I removed its power from my mind and subsequently I was able to let go of the addiction, both physically and mentally.

Was it easy? Well – it wasn’t hard but I wouldn’t say it was “easy”. However, I quit one day and went “cold turkey” without batting an eye.

I simply made a decision to unravel the narrative after reading “The Easy Way to Quit Smoking” by Alan Carr – which acted sort of like an “anti-virus” program for the mind. It challenged all the beliefs that I had created surrounding the addiction to allow me to eventually let go of the concept of smoking.

Did I have physical withdrawal? Of course, but after reframing the mind to accept the withdrawal as “me killing the tobacco demon” – every time I felt like shit I felt good, because I knew that I was snuffing out the addiction.

It wasn’t until I could take full responsibility and truly frame the substance for what it was – that I could let it go.

Addiction will snuff out the human spirit, irrespective of the substance. Cannabis has given many people a reason to live, removed their pain, helped them with depression and anxiety – in some ways, it has enhanced the human spirit.

Just listen to Bob Marley’s Gaia and ask yourself if Marley’s spirit was killed?

If you’re struggling with cannabis addiction – and there are some of you who are struggling with it – don’t blame the substance for your behavior. It is important to become brutally honest with yourself, to ask yourself if you REALLY want to quit and “why you smoke”.

By getting clear on these issues, you begin to pave the road to recovery – but you need to accept responsibility. Without that, all of your attempts of overcoming your addictions will fail miserably.

Is it easy? Hell no! But if you recognize you have a problem, then the only way forward is to accept all the “effort” it will take, to make a definite decision – and to walk forward without looking back! 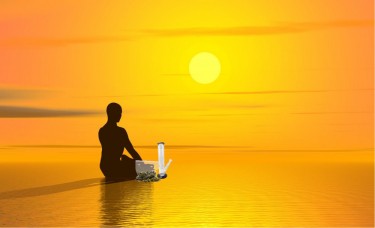 CAN YOU HAVE A SPIRITUAL AWAKENING WITH CANNABIS? READ THIS!