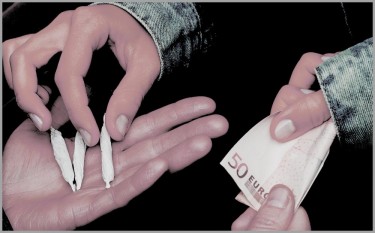 This is nothing new as Edmund DeVeaux, president of the New Jersey CannaBusiness Association commented on USA Today saying that this even happened in Colorado and California.

After a few months or in some cases years, they begin to sing a different tune – especially since towns that do permit adult-cannabis businesses tend to do better economically.

In today’s article we’ll be exploring the motivations behind these bans as well as the unintended consequences and how these “anti-drug warriors” are actually endorsing organized crime.

Why do counties and towns opt out of recreational cannabis?

While cannabis is supported by the vast majority of Americans according to most polls – people taking the polls and those who occupy seats in city or town councils are cut from different cloths.

These so called “leaders” believe that by allowing cannabis to be legally available for purchase within their jurisdiction is an endorsement of drug use. They subscribe to the ideas perpetuated by the drug war that cannabis is a dangerous drug, that it’s a gateway drug, that they don’t want potheads running about, that they are protecting their children…etc.

All of these old arguments we have heard time and time again – and unfortunately, many of the people who hold these local positions of are subscribed to this way of thinking.

They don’t just drink the Kool-Aid, they ask for seconds!

One of the biggest arguments used by proponents of these rulings is that they “want to protect the children”. However, by not allowing adult-only cannabis dispensaries to operate within their borders they are in fact making children more exposed to illicit cannabis.

We’ll talk more about that later.

Adult dispensaries don’t mean that anyone can just walk through the doors and buy weed – you have to comply with state law, meaning you need to be over the age of 21 with a valid ID.

If you don’t have this – then the dispensary would be legally barred from selling cannabis to you. In fact, dispensaries have more motivation to NOT sell to minors than liquor stores simply due to higher social scrutiny.

Conversely, if you were to remove cannabis dispensaries from the equation, this leaves grey market and black market dealers complete market share of recreational sales. An opportunist could easily drive to a town that does sell cannabis, purchase it – and then raise the price in the “prohibition space”.

We have seen this repeatedly in states that legalize and neighboring states that still have prohibition on the books.

In the vast majority of the cases, all of the reasoning behind banning cannabis dispensaries in a county or a town stems from erroneous concepts about cannabis, projected fears of non-cannabis users and a continued stigma associated with cannabis use.

How you’re sponsoring organized crime by not allowing dispensaries

We already touched base on grey market dealers – people who legally purchase cannabis and then resell it to those who cannot buy within their area of residence.

However, other players that absolutely love it when counties and towns ban cannabis dispensaries are organized crime such as cartels and gangs. Prohibition creates a highly profitable market for these illegal dealers that do not care if you are twelve or forty – as long as you have cash they are willing to sell.

Furthermore, if they are going to be selling drugs illegally – they typically tend to have other drugs available as well. This means that not only are you exposing children to street dealers, but a wider option of illicit drugs at the same time.

Similarly, cartels and other criminals tend to be very territorial when it comes to dealing drugs. Thus, by eliminating legal points of sale you only increase the odds criminal activity and violence in any given area.

This is a lesson we learned from alcohol prohibition that was only dramatically escalated under the War on Drugs.

Banning Dispensaries goes against the will of the people

New Jersey residents voted to legalize recreational cannabis. If local leaders are banning access to legal purchasing of thus said policy – they are misrepresenting the people.

Unfortunately, there is never a lot of interest in forming part of city council or Town Councils by activists, which means that the dinosaurs remain as the gatekeepers.

Why they all eventually bring in the dispensaries

While most towns in New Jersey opted out of dispensaries – in the next five years most of them will overturn their rulings. This is because the efforts of banning a substance have never worked!

You can ask God how successful he was at banning Adam and Eve from eating a fruit in the center of a garden.

However – it’s usually the financial incentive that motivates these leaders to bring in the cannabis dispensaries. When they realize that the next town who did permit legal cannabis sales are benefitting from additional tax revenue – they are forced to institute dispensaries.

How to Speed up the process?

If you live in a town or county that has banned cannabis dispensaries for whatever reason – the best way to fight the power is to become the power.

I have long been an advocate for “advocates” to get interested in local politics. If you allow the old dinosaurs to rule – they will follow the status quo.

If you want to change things where you live, get involved, begin to run for office or a chair on your local council. Yes, it’s a bit of extra work but you will actively be shaping the area where you live and if there’s enough cannabis consumers in your area – it would be more than enough to beat whoever opposes you.

Get involved, change the rulings – you be the power! 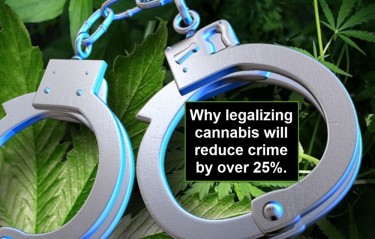