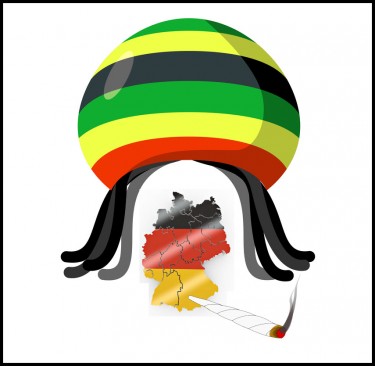 Cantourage, a Germany-based firm has agreed with Australia-based Cannim to import Jamaican flower products into Germany and also to distribute the drug to pharmacies, as well as licensed cannabis dispensaries in the country.

The Undersupply of medical marijuana in Germany

Since the legalization of medical marijuana in 2017, Germany has become a top contender for the fastest-growing market for medical cannabis across Europe.

However, the sector has been unable to meet the local demand for medical marijuana due to the limited cultivation of cannabis within Germany’s borders. Due to this, the country has had to depend on a steady stream of medical marijuana imports from trusted sources around the world. With this, the ever-increasing demand can be met at affordable rates to the patients.

On the other hand, Jamaica is a country popular for its cannabis products and the widespread acceptance of marijuana and marijuana-derived products by residents. The government has also capitalized on the historical roots of cannabis in the Caribbean country.

Jamaica has numerous companies that have created quite a number of unique products. An example of this is the Cannim brand and its production of Jamaican Lumir for medical marijuana patients.

Lumir is Cannim’s medical flower product. It is a tested and proven potent cannabis product that can be used to manage disease conditions in medical patients.

Named after Profesor Lumir Ondrej Hanus, the Lumir flowers are indica-dominant and have been analyzed and researched for several months before it’s release to the public.

Professor Lumir is a Czech analytical chemist with expert knowledge of hashish. The professor has over 50 years of experience in the field and he became popular after he successfully isolated anandamide—a very important endocannabinoid. A few years ago, he was awarded a Lifetime Achievement Award at CanEx, Jamaica.

Cannim is a renowned brand that cultivates high-quality cannabis plants. It was established in 2017 to enlighten the world with the therapeutic benefits of cannabis.

The company has farms, production, and research facilities, one of which is a resident team in Jamaica.  Due to several years of experience and skillful expertise, the team has perfected its ability to grow high-quality Jamaican hashish that meets the medical-grade requirements of countries around the world.

The company believes that cannabis can be used to improve the health and wellness of people around the world. They are highly focused on delivering only premium quality products to patients globally.

Cantourage has a Fast Track Access Platform that better positions it for this partnership.

The platform which was developed in June 2021  will be utilized to provide an end-to-end solution for registered patients. Under Cantorage’s management, Cannim’s flower products for medical patients will be manufactured, imported, and distributed to pharmacies within and close to Germany.

The union was made to introduce Cannim products into the European Medical Market scene, but the drugs must be made available to German medical patients before they can progress into the mainstream medical market in Europe.

Cantourage Co-CEO, Phillip Schetter expressed his company’s delight in offering a potent Jamaican medical marijuana drug to patients in Germany. This sort of agreement between two companies is unprecedented In the country. The Cantourage brand is proud of being the first to introduce Jamaican cannabis products to the vast European medical marijuana industry. There’s so much money to be made from this partnership as the demand for these drugs is available and increasing by the day.

In a press release, Schetter stated that the partnership will create access to the European market for medical cannabis from countries around the globe. The fast track platform will be used to provide the best cultivars in a safe and diverse supply path for patients. He also added that just a few companies are currently dominating the European medical marijuana market.

Schetter believes that in no time, Cantourage will also be able to clear all the foreseen hurdles that come with selling medical cannabis across countries in Europe. He claims that the competition from the existing companies will help reduce the price of the Drugs, hence making them more affordable and accessible to patients. The company will be enlarging the pool of options medical marijuana patients have to choose the most suitable drug from.

Stuart Marsh, Chief commercial officer of Cannim also made a statement. He ensured that Lumir fits the many regulations for medical marijuana patients in Germany.

Marsh said that the company will be able to supply medical marijuana drugs all year, as the company has a cannabis plantation with an expense of over 500-acres. Reports state that the farm boasts of over six cultivation cycles each year.

Marsh added that Germany presents a fresh challenge for Cannim and the brand felt honored to be approved to sell its flower products within Europe. Marsh ended by stating that the new partnership with Cantourage is set to provide new therapy alternatives for Germans with various medical conditions.

This will involve dispensing the Lumir flowers to licensed pharmacies within Germany. The team will also provide doctors and patients with reliable access to the potent Jamaican marijuana drug.

It is too early to state whether or not Cannim will be offering its three unique 30ml tincture blends products.

Cannim’s Lumir flower product is the second medical cannabis product to gain access to the European medical marijuana industry. Both products are being managed through the Fast track access platform. This platform currently boasts of over 14 cultivars from all over the world since its launch in June.

With Cantourage managing the flower’s value chain, cannim will be able to get into the European market in no time. 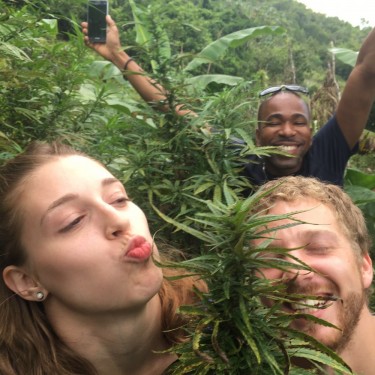 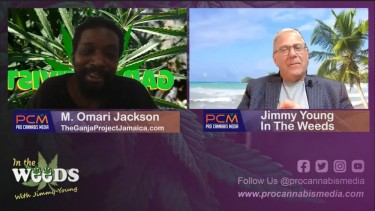 WHERE DOES JAMACIA FIT ON THE INTERNATIONAL CANNABIS SCENE?