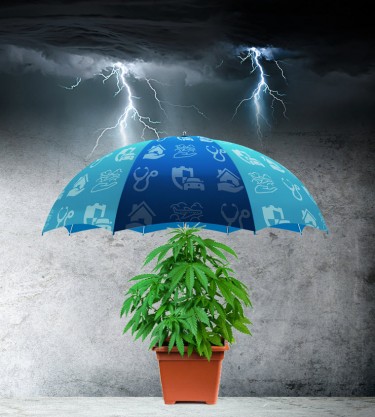 Want to know how I know that weed is going to be legalized on a federal level fairly soon?

The Insurers are getting ready.

That’s right! One of these days you’ll be able to get weed insurance on your crops, cannabis-related business ventures and much more.

There is no denying that cannabis is BIG business. Some estimates believe that by 2026 the cannabis industry could hit $41b annually.

Despite the yearly earnings for the cannabis industry, insurers only wrote out about 250 million in policies and in many cases are charging far more than typical retailers with extreme limits in place.

This might not be of significant importance to consumers, but if insurers do get a chance to play with the cannabis industry – it could revolutionize the industry within a matter of months.

Right now, it’s incredibly difficult to get coverage because of cannabis’ “Schedule-I Status” which makes it  fall in the most restrictive category of the Controlled Substance Act.

This means that if an insurer currently works with a cannabis company, they would technically be breaking federal law. This could jeopardize their entire operation.

This is why most major insurers use proxies within the state to provide coverage – but sometimes with a 20%-30% in cost increase.

How this will impact the end consumer?

The cannabis industry is in political limbo currently. It isn’t legal but at the same time it’s “somewhat legal” in some places.

This means that to operate a business within the cannabis industry is VERY Risky. Things cost much more and a lot of those expenses are outsourced to the consumer.

If insurers can get into the cannabis game, they reduce risk and would be able to compete with one another to provide more accessible rates.

With the industry legitimized, good ol’ capitalism will do the rest to drive down prices to a fair price point and establish a national “norm”.

Of course – politicians will be involved in this and cannabis lobbyists will be influencing politicians like every other industry – but that is a “good” thing. It means that cannabis is fully legitimized on all levels.

A recent Reuter’s article estimates that full legalization will come sometime in 2022;

“BDSA expects some form of federal legalization in 2022, and Petrilli, of NCRMA, said that could send insurance sales to cannabis businesses to more than $3 billion over the next five years, if the industry were insured like normal businesses.

“Whoever leads on providing reasonably priced insurance for this industry with the necessary coverage is going to be very, very successful,” said Kogan”

The Signs are everywhere!

As someone who has been writing on cannabis related issues for roughly 10-years now, it’s interesting to see how the overall climate has changed towards the plant. I started writing a few years before Washington and Colorado legalized it.

Most of the content I wrote back then related to anecdotal findings of the healing potential of cannabis. It turned out – after scientists studied it – that many of the findings were backed by science.

Nonetheless, there wasn’t a lot of positive references to cannabis or marijuana within the mainstream. But fast forward to 2021 and you’ve got Apple and Amazon all on board with cannabis.

We are seeing various factions of politicians beginning to submit pro cannabis legislation and a general disdain for the anti-weed sentiment.

When you see all of the different sectors throwing their cast in favor of legal cannabis – you can only wonder how much longer the government can resist federal legalization.

More importantly…what are they waiting for?

Mexico is also lagging behind since they only nullified a part of the constitution that prohibits the consumption of cannabis for an adult, but have not removed is from the penal code – so legalization there is also in a legal limbo.

Analysts hope that by the end of the year there may be some “formal” rules on the table. Until then Mexico is sort of like the Wild West with many participants eagerly waiting for industry standards and laws.

Nonetheless – once Mexico, The US and Canada all embark on cannabis legality they have the potential to rule the globe with cannabis production. Mexico with its cheap labor force, the US with their enormous consumer market and Canada with their heavy pharmaceutical interests already firmly established – we can simply imagine how that would impact the global cannabis scene.

Once these three powerhouses come into play – we can expect other countries to legalize rather quickly after that. The United Nations would probably have to rewrite some of their drug policy since the US and Mexico and Canada at that point would have broken the accord.

At the end of the day, what the United Nations say is always a recommendation as opposed to a law. However, this would send a message to the rest of the world. The US is the primary influencer on the War on Drugs.

If the US were to back out of a drug treaty and legalize a drug for profit – this will reframe the conversation. Additionally, it would open up a line of questioning in relation to other drugs such as psilocybin, LSD and other psychedelics – all who have shown benefit within a medical context.

When insurers and major retailers are backing cannabis policy we can infer that there is something going on behind the scenes. These mega corporations pay lobbyists a lot of money to know what’s going to happen in relation to policy shifts.

If they are getting ready – then it’s safe to say that cannabis is coming to the mainstream and is here to stay! 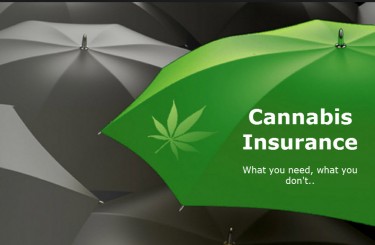 CANNABIS DISPENSARY INSURANCE, IS THAT IT A THING!