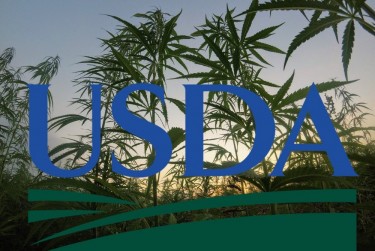 The term “Approval,” when used about any discourse on cannabis in America, always gets a lot of attention. This is because marijuana enthusiasts want more states to approve marijuana for personal and commercial use legally. There are lots of petitions in place calling for legal approval of hemp plants.

The United States Department of Agriculture (USDA) has given its approval 18 months after it received a hemp plan submission from the state department of agriculture. The process may have been long with lots of revisions, but the final approval means a lot to the marijuana community in Colorado.

The Colorado Department of Agriculture gave its hemp plan to the USDA after the USDA published an interim final rule on hemp. Subsequently, in 2020, the USDA gave its reply to Colorado, asking for a revision of the plan.

Regardless of Colorado’s Department of Agriculture’s level of preparation, the state cannot have its own legal hemp management plan without scaling through the USDA’s approval. Therefore, this has made it pertinent for states to review their plans and ensure that they meet all the guidelines for the 2022 planting season.

The USDA was willing to extend its federal licenses to individual growers in states with their customized programs like Mississippi; it required Colorado to create its own plan. In making that plan, Colorado will have to go through its Department of Agriculture or other related agencies.

Colorado’s initial draft was submitted in June, and since then, both agencies have been going back and forth. The industrial hemp program manager for the state’s Department of Agriculture, Brian Koontz, asserts that the state had worked on its plan for five years by liaising with experts in the hemp industry.

The state is keen on growing its hemp industry, and this hemp management plan is the first most concrete step they have taken to solidify the future of hemp in the state.

This approval means a lot to the Department of Agriculture in Colorado team because they have been working on it since 2014 when they launched a pilot program. From 2014, the pilot program expanded, and that became the catalyst for the approval celebrated today.

In almost six years, the program snowballed and scaled its production, thus leading to the launch of a certified seed program and a diversified supply chain aspect. With additional growth at an encouraging pace, the program also led to establishing a statewide “Hemp Center of Excellence” aimed at aiding research, educational efforts, and outreaches that will boost Colorado’s hemp industry.

The state’s hemp management plan also aims to provide hemp growers with precise details on procedures and practices that will enable them to comply with federal ethics. The goal here is to ensure that the Colorado hemp industry thrives and competes with other hemp and cannabis-related sectors in the country.

How Colorado’s hemp sector is blooming

The Colorado Agricultural Department worked well with the USDA to create a plan which offers great flexibility to the state’s hemp producers. Such flexibility also entails that the hemp growers meet all the requirements in line with federal criteria.

The state also consulted the cannabis and hemp industry stakeholders to get their hemp sector right. From producers to policy experts, researchers, and even the public, no stone was left unturned in ensuring that everyone within the hemp circle was consulted.

At the start of 2021, the USDA gave its final hemp ruling, which replaces its Interim Final Rule (IFR). According to the release, the final rule and the state-approved plan will commence from January 1st, 2022, while some other provisions are already effected.

How the USDA approval boosts the Colorado hemp industry

Currently, Colorado is an “Undisputed leader” in the marijuana sector, and its hemp management plan has become a model for America. Hemp is also a versatile plant that offers economic advantages to every state willing to tap into its massive potential.

Supporting this industry means providing jobs for the agricultural sector and creating unlimited access to revenue sources, boosting the state’s cash reserve. But it doesn’t stop with the hemp plant as a crop: Colorado is set to see how hemp can be further utilized as food, fuel, and other things while also being a guaranteed source of revenue for community farms.

When the state released its announcement on the USDA approval, it also included a statement from the famous American musician Willie Nelson. Nelson is also a cannabis activist who asserts that Colorado should be “Proud” of being a leading force in the hemp industry. Colorado is breaking ground and leading the charge, which means shortly, its residents are set to reap the benefits of hemp.

While some other states are still grappling with their USDA approvals and some trying to get their hemp programs up and running, Colorado has made giant strides. One of the benefits of a state being a leading force in the cannabis and hemp world is attracting investors.

With hemp investors, verifiable growers, the backing of the USDA, and a ready market for hemp products, the state of Colorado is set to show America how prosperous they can be with a solid hemp industry.

Like many other states in America, Colorado is keen on maximizing all the benefits of the hemp industry, but to achieve this feat, they must ensure that they have ticked all the right federal boxes. At the top of the list of boxes to tick is approval from the USDA, which means nothing can stand in their way now.

Although the market still needs to grow such that growers and producers can profit and the state government generates revenue, this approval is only beginning. As Colorado gets it right with its hemp industry, other states will be inspired to do the same.

THE USDA ON WEED, READ MORE… 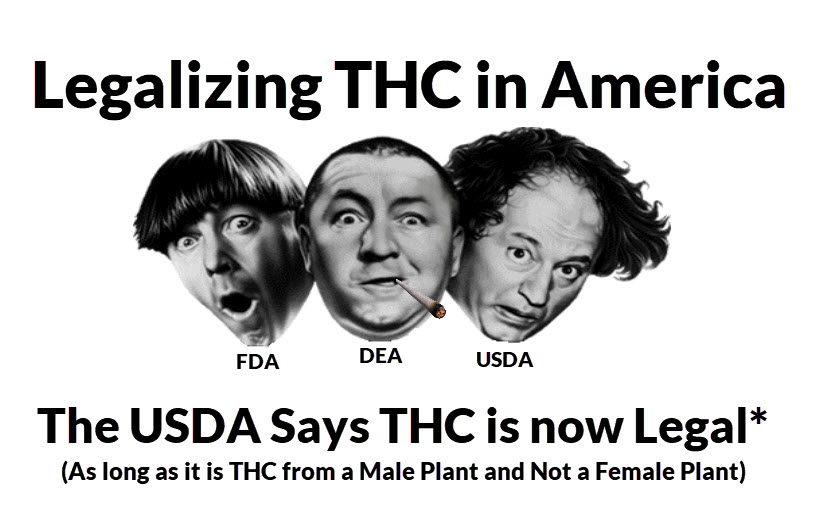 DOES THE USDA THINK THC IS LEGAL IF IT IS FROM A MALE PLANT? BAHAHA!