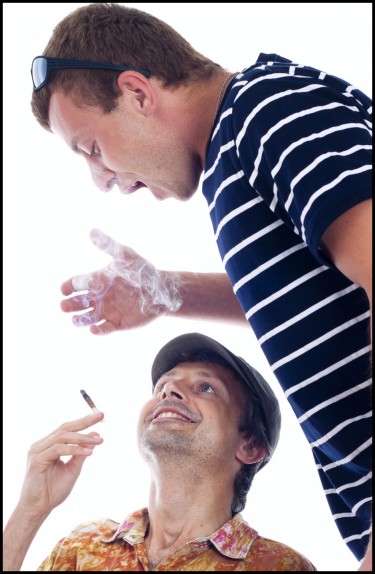 A new study reveals that the cannabis use rate among cancer patients does not in any way mirror the use rate by the general population.

Only 9% of cancer patients are said to be using cannabis products, while 14% of the general population with no cancer history use cannabis.

Details about the Study

The Virginia Commonwealth University (VCU) carried out the study under the Massey Cancer Center Study Center. The study has since been published in the journal Cancer.

The study’s team was led by Dr. Bernard Fuemmeler. Bernard is the associate director for population science. He is also the acting co-leader of the cancer prevention and control research program at Massey Cancer Center, VCU.

The study was carried out to determine the extent of cannabis use among cancer patients and that of the general population with no cancer history in their medical records.

During the study, factors like age, sex, and race of individuals were used to control the experiment. Despite the researchers being cognizant of these factors, the use rate of cancer patients failed to increase over time, while that of the general population rose.

Dr. Bernard, in a press release, said that cancer patients become more mindful of their health and oftentimes analyze the pros and cons of substances like cannabis. Being diagnosed with cancer is a life-changing moment and patients have to decide whether their health will be improved or worsened by whatever substance they choose to ingest.

Dr. Bernard added that before the study was carried out, the team predicted that both groups would have similar cannabis use rates.

“The study describes how the use of cannabis by cancer patients has changed over the years,” said Sunny Jung Kim, Ph.D., co-author of the study and a Harrison Scholar at VCU Massey Cancer Center. Jung Kim also works as an assistant professor of health behavior and policy at the school of medicine at Virginia Commonwealth University.

Cannabis Use rates are higher in people with heightened pain levels

Cancer patients are very careful of the kinds of drugs they consume, be it traditional pharmaceuticals or alternative medicines.

The study shows the prevalence of cannabis among people with high levels of pain. These individuals use cannabis to manage their pain regardless of their cancer history. Medical marijuana drugs help patients suffering from various medical conditions, but it is mostly used to manage the ranging levels of pain that develop as a result of these conditions.

From the experiment, the researchers also observed that people with higher incomes, medical insurance, and satisfactory mental health rarely use cannabis. Older people and women also showed a lower rate of cannabis use. White people also tend to do without cannabis drugs.

The published study shows that cancer patients are not moved by the growing legalization of cannabis across the States in the country. If they were, the peak for cancer patients would rise above 9%, it could even be the same as that of people with no cancer history.

Over the years that this observation took place, cancer patients did not increase their use over time, despite the relaxed laws. The team expects that attitudes of cancer patients to cannabis drugs will change in the next months as more information will be released about the perceived benefits and harms of the drugs to cancer patients.

Dr. Fuemmeler who also serves as professor of health behavior and policy in VCU’s school of medicine mentioned that marijuana use rates were more or less unchanged among the study’s cancer patients participants between 2018.

The use of cannabis by the general public did not slow down during the duration of the study. Perhaps this is because they were not faced with the difficulty of considering whether or not cannabis has a higher effect on their body. Unlike cancer patients, people with no medical record of cancer are not so tuned with their health status.

Egidio Del Fabbro, M.D., study co-author and professor of internal medicine at VCU school of medicine advised that it is best for all cancer patients to discuss the effects of marijuana drugs with their medical doctor before including it in their prescriptions. Egidio is the Thomas Palliative care endowed chair who also serves as the direction of palliative care at VCU Massey Cancer Center.

He added that with more cannabis policies being approved nationwide, cancer patients will be asking questions on the advantages and disadvantages of marijuana.

“Although we do not have all the expected answers, we’ll be here to listen,” said Egidio. He also promised that all patients will be provided with the accurate available evidence.

The authors of the study emphasized that the study is not enough to answer the expected questions, hence the need for deeper research into the therapeutic benefits of cannabis in managing cancer conditions. This will better equip medical officers with information to make better decisions and calls.

Limitations of the study

Some of the cancer diagnoses were self-reported and the researchers had limited information to work with based on the PATH data set of the cancer patients. Basic information like the cancer type and stage, or recurrence, and prescribed treatments were inaccessible.

If this nature of the study is carried out again in the future, the trend of cannabis use among cannabis survivors would be better identified if all necessary information is provided.

There is no data to prove that cannabis is more efficient than the usual pharmaceuticals in managing cancer symptoms or the other symptoms it is often used to manage.

There are various types of cannabis all with ranging levels of potency, it is still too early to state which is best in managing cancer and which is detrimental.

Patients must always consult with their doctors before using any medical marijuana drug.

The authors of this study recommend that more of these studies be carried out to monitor the use of cannabis by cancer survivors as well as the general public that have no history of cancer. 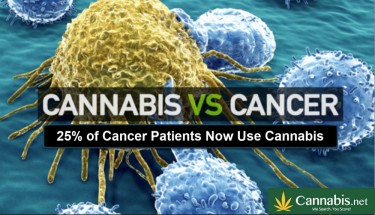 CANNABIS USE RISES TO 25% AMONG CANCER PATIENTS IN ONE AREA!