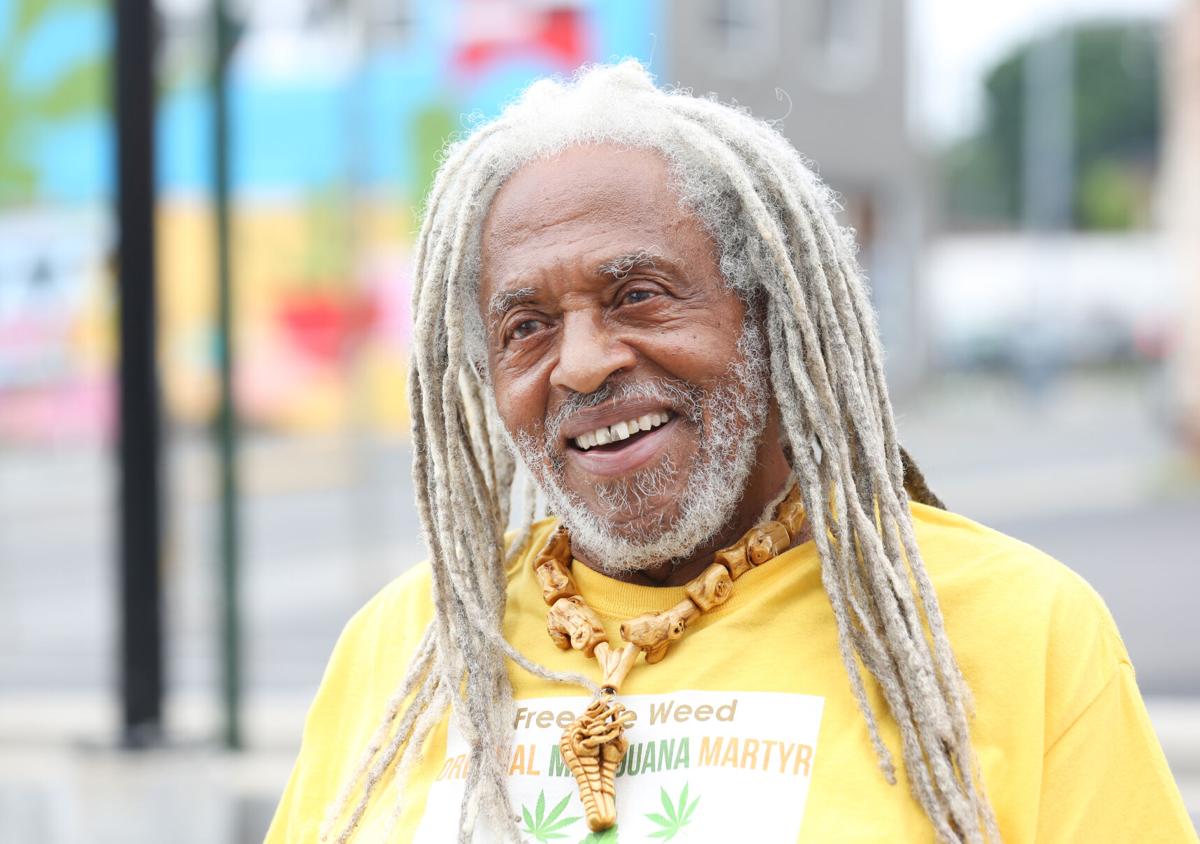 This April, Virginia Governor Ralph Northam signed a bill to legalize adult-use cannabis, and a man who earned the nickname of “marijuana martyr” after being sentenced to 40 years in jail for selling weed was there to see it happen.

“Marijuana laws were explicitly designed to target communities of color, and Black Virginians are disproportionately likely to be stopped, charged, and convicted,” Governor Northam said in a statement after signing the bill. “Today, Virginia took a critical step to right these wrongs and restore justice to those harmed by decades of over-criminalization.”

Roger T. Davis might just be the most famous Black Virginian to suffer the consequences of these outdated, racist prohibition laws. In October 1973, Davis was arrested for selling three ounces of weed to a police informant and possessing another six ounces at his home. The following year, Davis was charged with selling marijuana and possession with intent to sell and sentenced to a total of 40 years in prison, plus a $20,000 fine.

The court argued that this sentence was justified because Davis had already been busted for selling LSD before his weed arrest. But Davis and his legal team believed that he was specifically targeted because he was married to a white woman and had a reputation as a hippie and provocateur.

Over the course of the next decade, Davis became known as the “marijuana martyr” as he fought to appeal this excessive penalty. Several federal judges agreed that his sentence qualified as “cruel and unusual punishment” and ruled to overturn it. The state continued to fight, though, and eventually brought the case to the US Supreme Court, who ruled that the sentence was allowed to stand.

In 1982, former Virginia Gov. Charles Robb finally acknowledged the injustice of the case and reduced Davis’ sentence to 20 years. After serving around half of this time, Davis got out on parole, but he was arrested again in the early 1990s for selling cocaine. In 1993, he was sentenced to another 20 years in jail.

Davis, who is now 76, currently lives in Roanoke and is taking full advantage of his legal right to smoke weed whenever he chooses. On July 1st, it became legal for any adult Virginian to possess up to one ounce of weed without fear of prison time. The adult-use law will also create a licensed and regulated cannabis retail market, but it will not open for business until 2024.

“It’s somewhat rewarding to get to say, ‘I guess I wasn’t so crazy after all, 50 years ago,’” Davis told the Post. The “marijuana martyr” now hopes to help ensure that the Commonwealth works to apply its new weed laws in an equitable fashion. “Black people have been done wrong for so long,” he added. “This is an opportunity to do something right.”