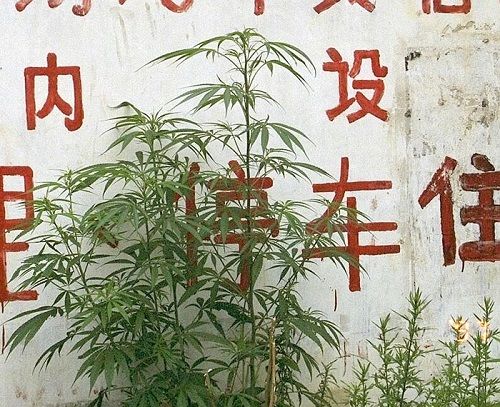 Humans have been domesticating cannabis plants to use as medicine, fiber, and food for at least 12,000 years, researchers have recently discovered.

This new research, recently published in the Science Advances journal, has traced the genetic roots of current cannabis cultivars back to ancient plants that originally grew wild in East Asia. A global team of researchers spent four years collecting 110 different cannabis varieties from around the world and used them to sequence 82 new cannabis genomes.

With this massive amount of genetic information, researchers used whole-genome resequencing to identify evolutionary relationships between these plants. This analysis revealed that cannabis “was first domesticated in early Neolithic times in East Asia and that all current hemp and drug cultivars diverged from an ancestral gene pool currently represented by feral plants and landraces in China.”

Initially, scientists believed that cannabis originated in Central Asia, but the global prohibition of this natural plant has made it difficult to conclusively pinpoint these origins. “Observational and historical data have suggested this might have been the original domestication site for cannabis,” said study co-author Luca Fumagalli, evolutionary biologist at the University of Lausanne in Switzerland, to Smithsonian Magazine. “This was mostly based on the fact that in Central Asia, it’s very easy to find lots of feral plants growing on their own, even along roadways.”

“Few crops have been under the spotlight of controversy as much as Cannabis sativa,” the study authors wrote. “As one of the first domesticated plants, it has a long and fluctuating history interwoven with the economic, social, and cultural development of human societies. Once a major source for textiles, food, and oilseed as hemp, its exploitation to that end declined in the 20th century, while its use as a recreational drug (i.e., marijuana, which is illegal in many countries) has broadened.”

Today, domesticated cannabis plants come in two distinct varieties – hemp, which has traditionally been grown to produce fiber, and marijuana, which is generally cultivated for its psychoactive and medicinal properties. Because of this, the researchers thought they would only discover two main lineages of cannabis, but to their surprise, they discovered a third, older lineage.

This original form of cannabis, which the study authors call the basal lineage, more closely resembled the wild “ditch weed” that grows in Asia today than modern hemp or marijuana. According to the study, ancient peoples began cultivating this feral weed around 12,000 years ago, around the same time they began growing rice, millet, soybeans, peaches, and other standard crops. The study reveals that hemp and marijuana did not begin diverging from one another until 4,000 years ago, but researchers believe that the original basal cannabis lineage is now extinct.

In addition to confirming the fact that humans have been actively growing weed for more than ten millennia, the study also provides a wealth of genetic data that can be used to inspire further research into this remarkable plant. Prior to this study, researchers had only sequenced 28 different weed genomes, but this current research now brings that total to 100.

“These additional genomic data are a phenomenal resource that adds a huge amount to our existing knowledge,” Nolan Kane, a plant geneticist at the University of Colorado who was not involved in the present study, told Smithsonian Magazine. “There really hadn’t been much in the way of publicly available sequences from many of the countries they sampled—I’ll certainly be downloading their data and reanalyzing it.”

“There’s a whole other dimension to be explored there, but the onus is on us as a research community to extend the work,” said University of British Columbia biologist Jonathan Page, to Smithsonian Magazine. “This paper fills in a big knowledge gap on a plant that was sort of ignored by research because of legal restrictions, which really speaks to the ascendancy of cannabis science. It shows that serious research on cannabis isn’t off limits anymore.”