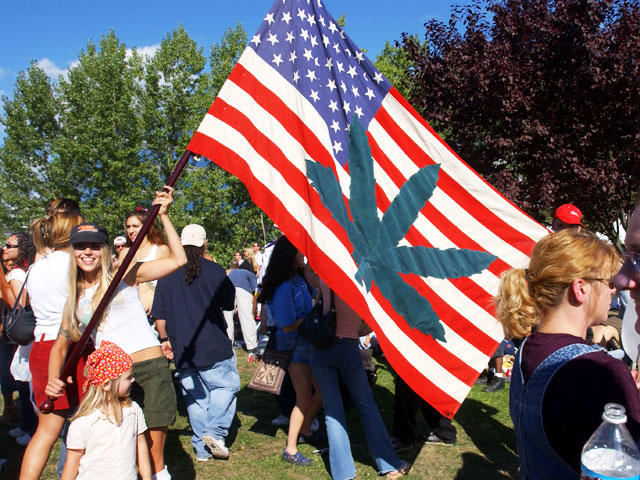 This week, adult-use cannabis laws will go into effect in three more US states, bringing legalization to nearly half of the entire country.

New Mexico will be the first state to celebrate legalization this week. On Tuesday, June 29th, adults will legally be able to possess up to two ounces of weed and grow up to six plants for their own personal use. The state’s new adult-use law, which was passed in a special legislative session this April, also establishes a regulated retail market, but sales are not expected to begin until next April.

On Thursday, July 1st, Virginia and Connecticut will also put an end to decades of cannabis prohibition. Just days after New Mexico passed its legalization law, Virginia became the first Southern state to legalize recreational pot. Under this new law, adults will be allowed to possess up to an ounce of pot and grow up to four plants per household.

The original version of this bill would not have taken effect until January 1st, 2024, but Governor Ralph Northam refused to sign it unless lawmakers amended the date. In April, legislators agreed to make personal possession and use legal as of this July, but the start date for retail sales remains unchanged. So, Virginians will likely have to wait three more years before they can legally buy pot in their home state.

Just last week, Connecticut Governor Ned Lamont also signed an adult-use bill into law. This law will allow adults to legally possess up to 1.5 ounces of bud or concentrate in public and up to 5 ounces at home. Again, retail sales will be legal but are not expected to begin until next summer. Medical cannabis patients will be allowed to grow their own bud this fall, but other adults must wait until 2023.

July 1st was also supposed to be the day that adult-use weed became legal in South Dakota. But Governor Kristi Noem conspired with state cops to challenge the voter-approved measure and eventually convinced the state Supreme Court to invalidate the measure. The case is being appealed, but a final decision is months away.

Adults in New York and New Jersey also regained the legal right to smoke weed this year. New Jersey voters actually approved their adult-use law via a ballot measure last fall, but it took until this February for lawmakers to pass a bill to regulate the new industry. Garden State adults can now possess up to six ounces of weed, and legal sales may even begin this year.

New York finally passed its own adult-use law in March after years of failed legislative attempts. This law took effect immediately, allowing adults to possess up to 3 ounces of flower or 24 grams of concentrate. Home cultivation of up to six plants is allowed, and adults are also legally able to store up to 5 pounds of weed in their homes. Unfortunately, legal sales are not slated to begin until December of 2022.

Once these three new adult-use laws take effect this week, an estimated 145 million Americans, or 44 percent of the country’s total population, will live in a state where it is legal for adults to possess and use cannabis.

“Legalization is now a reality for nearly one-half of the US population,” said NORML Executive Director Erik Altieri in a statement. “As more jurisdictions continue to enact these common-sense regulatory policies, it is imperative that Congress quits stalling and amends federal law in a manner that addresses this state/federal divide and respects the will of the voters in these growing number of states.”