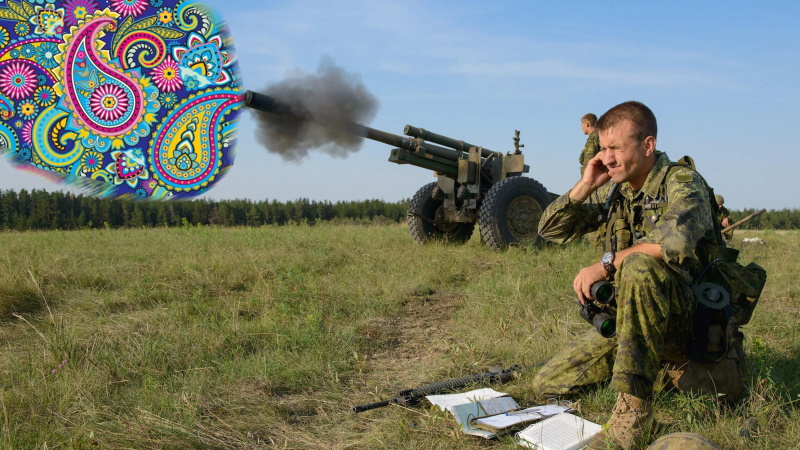 A Canadian soldier faces several serious charges for allegedly providing cannabis-infused cupcakes to her unit during a live-fire artillery exercise. This is the first time the Canadian military charged a service member for dosing their fellow troops unknowingly.

The soldier, Chelsea Cogswell, is accused of feeding the pot pastries to her fellow soldiers in July 2018 — just one month after Canada federally legalized weed. Despite legalization, cannabis is still banned among certain professions and in safety-sensitive situations like, y’know, operating giant fucking guns designed to level buildings and blow up tanks.

According to the court, Cogswell’s fellow grunts at the Combat Training Centre in New Brunswick were unaware they received weed cupcakes. Cogswell was reportedly “working the canteen” at the time, meaning she was responsible for handing out snacks to her unit during the exercise.

Everyone who ate Cogswell’s cupcakes, “except one, allegedly experienced symptoms which included dehydration, overheating, fatigue, confusion, dry mouth and paranoia,” the court records stated, according to CTV News.

(Which has us wondering: Did the one have an iron stomach or a sky-high tolerance? Were they among those who are considered ediblocked? We may never know….)

Though this tale of playful recklessness may elicit chuckles, it’s no laughing matter. First, never dose anyone with weed without their prior knowledge and permission. CONSENT IS EVERYTHING. We shouldn’t have to say this, but, alas, we live in a world full of dingbats who insist boundaries aren’t important. Besides someone getting hurt or killed, sneaking THC into someone else’s body could compromise their job, child custody rights, or land them in jail if they’ve been court-ordered to abstain.

Second, Cogswell could spend up to two years in prison for this stunt. Her court-martial starts in August, and she’s facing 18 charges total.

Basically, if you’re gonna get lit, do it responsibly.