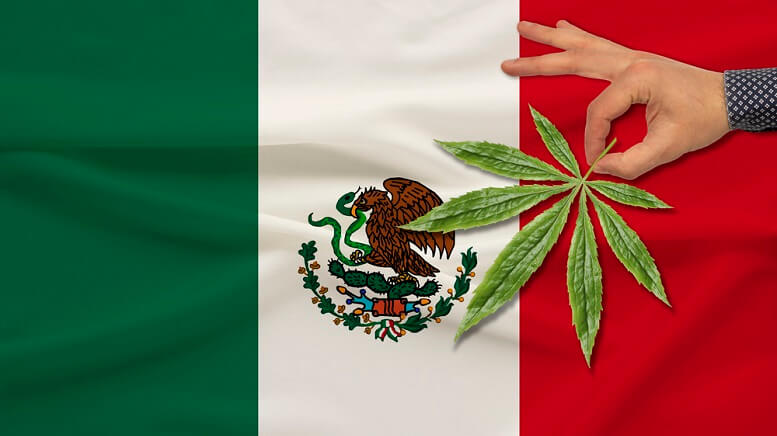 Many were hoping for a historic 4/20 celebration in Mexico, where legislators seemed to be on the brink of legalizing recreational cannabis. But word that the party may have gone up in smoke — in a bad way — broke Wednesday, when Senator Ricardo Monreal said that his peers are considering asking for yet another extension on the April 30th deadline the Supreme Court set for lawmakers to make weed legal across the country.

“It’s not easy, and the Senate has a big dilemma; to accept the lower house’s bill so that it can take effect and comply with the judicial mandate, or ask for another deadline extension,” Monreal said, as reported by El Universal.

Monreal, who’s also the president of ruling party Morena’s Senate political coordination board, warned of the problems that may arise by asking for an extension, including the possibility that the Court will declare the current prohibition of adult-use cannabis unconstitutional, “which could create chaos,” he said.

The Mexican Senate approved a version of the legalization bill back in November, but it was modified by the lower legislative house, a.k.a. the Chamber of Deputies. But now, the Senate’s displeased about the changes made by the deputies, particularly regarding the removal of social justice-oriented requirements, such as quotas for cannabis business permits intended to prioritize individuals from Indigenous communities.

In fact, legislators have voiced concern over a variety of topics included in the legislation, from a registry that would be required for those growing cannabis in their home, to what some see as extreme limitations on cannabis clubs, to the ability to consume cannabis in public areas.

The deputies’ version of the bill has already been approved by the Senate’s justice and second legislative studies committees. It only lacks the go-ahead from the health committee to be eligible for a Senate floor vote. If approved by the Senate, the legislation would head to the desk of President Andrés Manuel López Obrador, who has indicated in the past that he is inclined to sign the bill.

Over the two years since Mexico’s Supreme Court declared the prohibition on cannabis unconstitutional, there have been several deadline extensions granted to legislators to work out the drug’s regulation. The most recent extension, which was announced in December, allowed for four extra months of deliberations.

“We should not make imperfect laws,” said Monreal. “We should legislate with the utmost coherence and with the aim of solving social problems that are taking place. Neither economic concerns, profit-making, nor fundraising concerns should take priority over social interest.”

In a country that has been wracked by a bloody War on Drugs, not all anti-prohibition activists are convinced by Monreal’s position. Drug policy coalition Regulación por la Paz tweeted on Wednesday, “We believe that an imperfect law is better than a perpetual prohibition.”